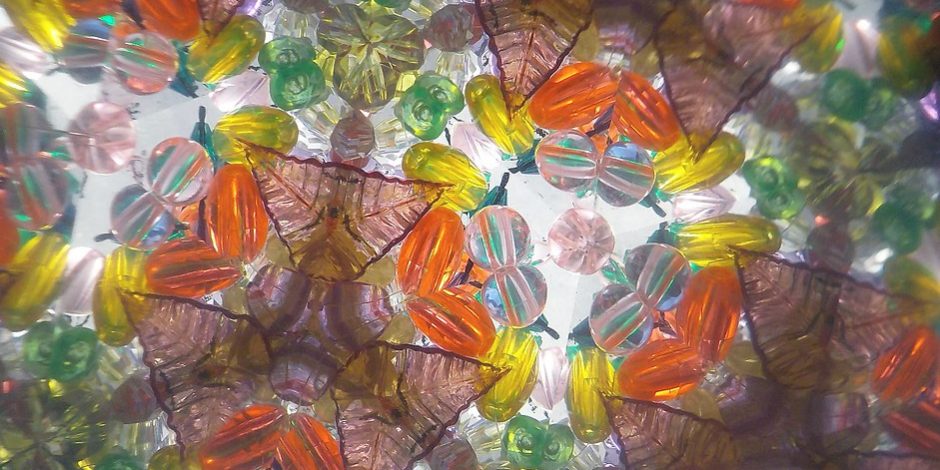 When our vision is normal, we often take it for granted. Only when there is a disruption to our sight do we realize how fortunate we are. Some vision disruptions such as eye floaters, and rainbow halos are common and can be annoying but aren’t usually serious. They can however indicate a more serious issue which is why it’s important to see your eye doctor if you are experiencing these visual disruptions. The same is true of a condition known as kaleidoscope vision. Read on to learn more about the cause of kaleidoscope vision and when is it a cause for concern.

What is Kaleidoscope Vision?

Kaleidoscope vision is a temporary distortion of vision that breaks up images in your line of sight. They can appear brightly coloured or shiny just like images when you peer through a kaleidoscope. They may even move around.

What is the most common cause of Kaleidoscope Vision?

Kaleidoscope vision is commonly caused by migraine headaches. According to the American Migraine Foundation, kaleidoscopic vision is one type of distorted or altered visual symptom that usually occurs before the onset of a visual or ocular migraine. Distorted or altered visual symptoms include the sensations of: looking through water, heat waves, blurred vision, fractured vision with a mosaic or kaleidoscope effect, loss of colour vision, objects appearing too large or small, and objects seeming closer or farther than they really are.

What causes an ocular migraine?

An ocular migraine occurs when nerve cells in the part of your brain responsible for vision fire erratically. These temporary changes in vision usually pass within 30 minutes and are often followed by a migraine headache. Kaleidoscope vision is one of the symptoms of a broader category of responses to a visual migraine headache called migraine auras.

What are the symptoms of migraine auras?

Some of the other symptoms you may experience from migraine auras include:

What are some other causes of Kaleidoscope Vision besides an ocular migraine?

As with all other vision changes, it is important to distinguish if kaleidoscope vision may be a warning of a more serious issue.

Other more serious causes of Kaleidoscope Vision include:

TIA or stroke- Mini-strokes known as transient ischemic attack (TIA) are caused by a decrease of blood flow to the brain. Although the symptoms of a TIA pass quickly, it’s a serious condition that can warn that a more serious stroke is imminent. A TIA can produce symptoms similar to those of a visual migraine, including kaleidoscopic vision.

Retinal migraine- a retinal migraine is caused by lack of blood flow to the eye and is a more serious condition than a visual migraine. It usually involves a blind spot or complete loss of vision in just one eye and can include visual distortions such as kaleidoscope vision.

MS- Migraines are more common in people with multiple sclerosis occurring at a rate three times greater than the general population. If you have frequent migraines and other symptoms related to MS you should tell your doctor. If you have an MS diagnosis and experience kaleidoscope vision it’s usually related to migraine but other serious concerns should be ruled out by your doctor.

Hallucinogens- Kaleidoscopic vision, as well as some of the other visual distortions known as migraine auras, can be produced by hallucinogenic agents. Lysergic acid diethylamide (LSD) and mescaline, are known for producing unstable coloured images and kaleidoscope vision.

If you think you’re experiencing a visual migraine, it’s important to be sure that it’s not a TIA or mini-stroke. One of the differences is that in migraines, visual symptoms will usually occur first followed by headache and other senses being affected, while symptoms of a TIA will occur all at once. If you see the distorted image in each eye separately, it means the issue is likely stemming from the part of your brain involved in vision and is probably being caused by an ocular migraine.

According to the American Migraine Association here are some of the symptoms that may indicate your kaleidoscopic vision is caused by something more serious than a visual migraine:

It is sometimes difficult to tell whether or not vision loss is coming from the eye or the brain. Take notice of what you are able to see when looking straight ahead with both eyes open. If the right or left side of the world is missing (say you look at a clock and can only see the numbers on one side), the problem is arising from the brain. If the issue is coming from one eye, there will be a definite difference when you cover one eye and then the other whereas if it’s the brain covering one eye won’t change what you are seeing. If you have any of these symptoms, see an eye specialist right away.